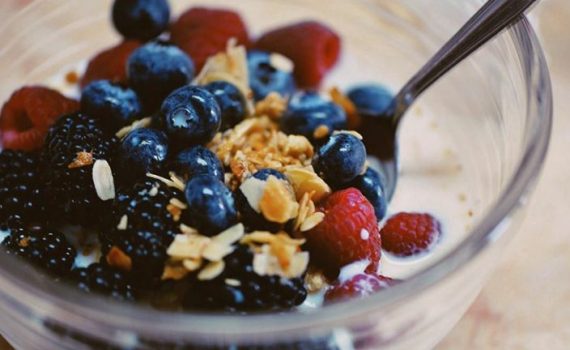 When it comes to losing weight, one simple piece of advice may be more helpful than all the diet books, calorie counting, and portion measuring put together: Eat more fiber.

A recent study found that people who added more of it to their diets — without changing anything else — lost almost as much weight as people who followed the heart-healthy, low-fat eating plan recommended by the American Heart Association.

The study added to a growing body of evidence that people who eat more fiber tend to have a healthier body weight.

While high-fiber foods tend to be healthy (think: fruit, veggies, whole grains), what proved equally important was that this kind of diet was easier to stick to than the other, more structured approach.

It’s a carbohydrate found in plant foods like fruits, vegetables, and whole grains. Unlike other carbs, it isn’t easily digested by your body, so it passes quickly through your system without causing your blood sugar to rise.

All fruits and vegetables have fiber, but it’s mostly concentrated in the skin, seeds, and membranes. That means an apple with the skin on has more fiber than a peeled banana. Some of the richest fruit sources of it are whole berries like raspberries and strawberries, says Tracie Jackson, RD, a nutrition therapist with the University of Nebraska Medical Center.

“Rather than scooping grapefruit out of the little juice pockets, peeling it like an orange and eating it will give you more fiber,” she says.

So how much do you need in order to lose extra pounds or stay at a healthy weight? Women under 50 years old should aim to get 25 grams of fiber a day, and men should shoot for 38 grams. Some experts recommend even more.

Americans get only about half that, which means we’re missing out not only on the weight benefit, but also a lower risk of heart disease and type 2 diabetes. How Does It Help With Weight Loss?

Fiber has no magical fat-burning properties. It simply helps you feel full without adding a lot of extra calories to your diet. When you have a baked potato (with skin) instead of a bag of potato chips, for example, you’re not only eating fewer calories — you’re less likely to feel hungry again an hour later.

How exactly does fiber guard against hunger pangs?

Simple: It fills your stomach, stimulating receptors that tell your brain that it’s time to stop eating.

You’ll also need to drink plenty of H20, about eight glasses a day, to move fiber through your digestive system, and that helps against hunger too. “All that water contributes to feelings of fullness and controls thirst, which can often be confused with hunger,” says Stephanie Polizzi, a registered dietitian nutritionist.

The “soluble” type of fiber, which absorbs water, forms a kind of gel inside your gut, slowing the absorption of sugars into your bloodstream. Lower blood sugar levels mean lower insulin levels — and that means your body is less likely to store fat. It’s best to get your fill of fiber from food rather than from supplements.

Experts aren’t totally sure whether fiber on its own offers the same perks as when it’s combined with other food compounds. “We don’t really know if a particular nutrient works the same in isolation as it does coming from the broccoli,” Jackson says.

But supplements might help if you can’t get enough fiber from your diet, and especially if you’re feeling constipated. Talk to your doctor about what’s right for you.